We’re well into 2019, so this post is probably a bit late. But here are nine creative and personal goals I’d like to accomplish this year:

1. Read ten books: I’ll be the first to admit that I don’t read enough literature. There’s been talk online about how many forms of media consumption constitute as “reading” despite not relying primarily on text. But I do think there’s merit to learning my craft from those who manage to do it well.

2. Create a comics anthology: This one’s been in the oven for a while. I wanted to complete one by this month, but my new job’s provided plenty of stress in my life. Adding a comic book to the mix would have killed me. Tom and I are going to do it this year, just you wait.

3. Learn to digitally paint: I started reading Monstress, Volume One by Marjorie Liu and Sana Takeda today. The illustrations, particularly of architecture, and the muted color scheme are inspirational. The book has an Art Nouveau flair; who doesn’t love Alphonse Mucha? I wanted to be a fine artist once upon a time. It’s been a dream with some staying power; if only I had an eternity to live… 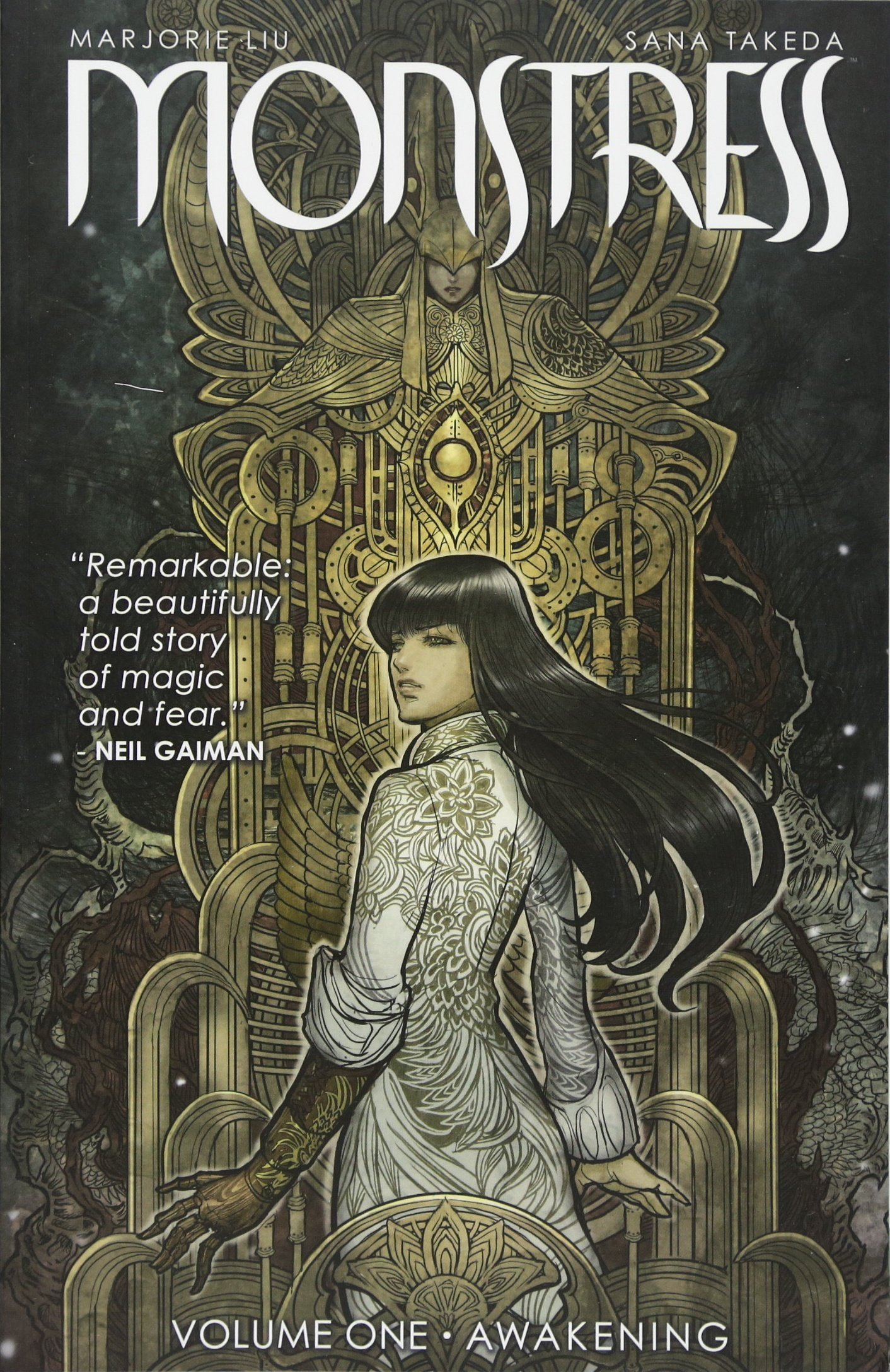 4. Submit my current WIP to a publisher: I’ve been churning out what might be my first novella since November. This first draft is undoubetly messier than a pig’s trough, but I think I can make enough progress in the year to present to a publisher. Then, I’ll have to brace myself for what will probably be a year-long editing and marketing push. Sounds fun, and daunting.

5. Get a short story published: Nothing is scarier than wondering if my publication in FIYAH last year was a fluke, the mark of a “one-hit wonder.” I have a great community of online friends, and all the motivation in the world to keep on contributing. But I’m super slow when it comes to creativity. I’m sure I’ll get back in the arena on my own time. Until then, I ask for everyone to vaguely remember Nelson Rolon.

6. Complete Inktober with an Anime Throwback theme: I’ve done Inktober with Tom for the past two years. This year, I’m going to pay homage to all the anime I’ve indulged in since my youth. I don’t think I’ve drawn Ryoko from Tenchi Muyo yet. Her hair is so damn crazy.

7. Learn to speak Spanish: Does this count as a creative goal? It’s certainly long overdue. As the son of a Hispanic immigrant, not speaking Spanish brings a certain level of shame upon me. Now that I’m old enough to appreciate the utility of being bilingual, I’ll give this a try. I’ve studied languages before, although it never sticks too well. Spanish, hopefully, will be easiest to master.

8. Complete Tales of Berseria: I bought this game a couple years ago. It’s still sitting in a cupboard, waiting to be dusted off. The Namco Tales franchise has been a favorite of mine since Symphonia, and now that I’ve beaten most of the other games I own, I think I’m ready for the 60+ hours Berseria will likely require.

9. Revisit Purchase College: August 2019 will mark ten years since I went to Purchase College for my Bachelors in Art History. That place, and the people I met there, changed me. I know it’ll seem so small when I see it again. I won’t fit in with this current generation of students. But I do hope they enjoy those four years of ideological bliss, and remove from the outside world, as much as I did.